Ready to get started?

Which States Voted for Marijuana Legalization in 2020? 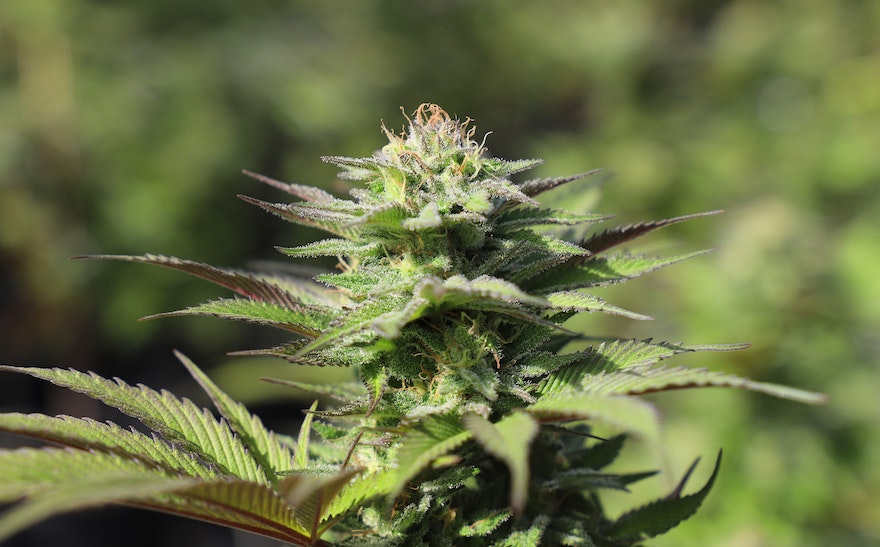 Which States Voted for Marijuana Legalization in 2020?

Marijuana use has been, for quite some time, a controversial issue in the U.S. social and political arenas. Initially, only California allowed the use of cannabis for medical purposes when it passed Proposition 215 in 1996. Other states followed suit, and currently, 36 states permit the legal distribution of marijuana under specific rules and regulations. As more states relax their laws on the use and possession of marijuana, we could see significant developments thereof, which would boost both state and national economies.

In the 2020 election, five states had cannabis legalization on the ballot, where each state was seeking to legalize either recreational or medical marijuana, or both. Surprisingly or not, there was overwhelming support for marijuana legalization on all sides, which depicts the gradual acceptance of cannabis use across the country. In any case, its immense value as a medical solution to people with debilitating conditions as well as a source of revenue is reason enough for all states to adopt it.

As you ponder the changes that will result from these developments, check out the five states that voted for marijuana legalization in the 2020 election. You will also learn how you can acquire a medical marijuana card for free online. Anyway, the list begins here…

The medical use of marijuana has been legal in Arizona since 2010. With the passage of the new law under Proposition 207, adults above the age of 21 will be allowed to possess, transfer, or consume up to an ounce of cannabis. Moreover, once approved, residents will be allowed to possess not more than six plants in their primary residence and not more than 12 if the residence has two or more individuals above the required age.

The new provision will also see Arizonians with prior convictions of marijuana possession get their records removed. Moreover, an excise duty of 16 percent will apply when the government allows retail sales. It will also roll out a new licensing system to control its sale and ensure that dispensaries with licenses adhere to stipulated regulatory measures.

It is estimated that the legalization of recreational cannabis use will rake in more than 200 million dollars annually. This will not only improve the economy of the state but will also create more opportunities and jobs for the residents.

After passing two laws in election 2020, Measure 26 and Amendment A, South Dakota became the first state to pass a law allowing the use of both recreational and medical marijuana at the same time. Typically, states follow a lengthy procedure to marijuana legalization, beginning with decriminalization and medical use before getting to legalization.

As per South Dakota laws, each provision has its distinct agenda; Measure 26 seeks to create a cannabis program for people with qualifying conditions, while Amendment A legalizes the use of marijuana for adults above the age of 21. Notably, the governor of the state, Kristi Noem, did not support the measure, although it went on to pass regardless.

The legalization of cannabis in South Dakota will have a lot of financial benefits to the state; according to local sources, the passage of Amendment A will bring in revenue of 10 million dollars in the year 2020, and as projected, this figure will reach 20 million by 2023.

The journey to legalize recreational marijuana in Montana began in April. However, it was halted by the pandemic that required people to stay home and social distance when in public. In the concluded elections, the state had two provisions on the ballot; CI-118 and Initiative 180. The former allows individuals over the age of 21 to purchase and use marijuana for recreational purposes. It also allows individuals with criminal records for cannabis-related issues to seek resentencing.

Initiative 180, on the other hand, regards the regulation for purchases not meant for medical use: It defines a 20 percent tax for recreational cannabis as a way of regulating its use. What’s noteworthy is that Montana voted to legalize the medical use of cannabis 15 years ago. However, the complicated state laws have made it difficult for implementation to happen, which explains the delay. Under the new law, possession and use of cannabis will be legal in 2021, and retail sale will begin in 2022.

Although they didn't vote on the recreational use of marijuana in the 2020 election, the people of Mississippi did vote in favor of medical use thereof for people with debilitating medical conditions. The two provisions that appeared on the ballot were Initiative 65 and Initiative 65A, where each had specific requirements: Initiative 65 allows individuals with a condition that appears on a premeditated list to use marijuana. Here, the maximum amount one should possess at a time is 2.5 ounces.

The alternative proposition, Initiative 65A, allows terminally ill patients to use cannabis, but not before going through a medical marijuana evaluation. The new law also allows a medical marijuana physician to recommend cannabis for equally debilitating conditions (conditions that do not appear on the said list) as long as it can help the patient in any way. The two initiatives received tremendous support from locals, a notable development considering the state is one of the most conservative states in the country.

Under the governance of Phil Murphy, New Jersey also passed laws permitting the recreational use of marijuana for adults over the age of 21. Locals have applauded this move as it is expected to boost the shrinking economy due to the effects of the coronavirus. Once launched, the recreational program will be regulated by the state's medical cannabis program.

What’s Next for Marijuana Legalization

As stipulated in the constitution, people will have to wait until legislatures pass laws governing the possession and use of marijuana. Sales will be taxed at a standard rate of 6.625 percent, although some municipalities will be allowed to adjust their rates by 2 percent. New Jersey's move to legalize marijuana is likely to influence the neighboring states of New York and Pennsylvania to adopt similar measures in the future to remain competitive economically.

More states are easing their stringent measures in regard to possession and use of marijuana. If we can bet on this trajectory, America is on its way to becoming a nation that leverages the full benefits of marijuana, something that will benefit all Americans.

For inhabitants of California, you can get your medical marijuana card at no cost at Haze. While at it, you can talk to a qualified professional to get approved instantly, all for free. Join the waiting list now to get your med card!